THE INCIDENT  “You don’t know me,” he says. His words cut like a knife. His face displays the pain and anguish behind the words causing my heart that I thought could not hurt any more to ache deeper. I can’t cry. We’re in a public place and I don’t like […] 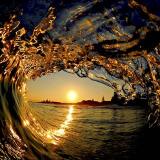 “What have I done?” John wondered as he stopped from running to catch his breath. John is a big man, like his brother James and his father. John’s father taught him to never backed down from a good fight. He has a reputation to uphold as the son of thunder. […]

What is the greatest love story ever?

Marcy James leans against the railing of the terrace of her penthouse apartment. Her thoughts wonder from her decision to sleep in this Sunday morning which seems lazy to her, to whether she should have gone to church with her younger brother, Lee, whom she raises since their parents’ death, […]

I promised excerpts from my second novel which is soon to be published. Here is the second excerpt. The first was from Chapter 10. This one is from Chapter 3. Marcy James and Josh Crockett began a whirlwind romance in just a few days, then Josh had to leave, but […]

Through the Valley of the Shadow should be just weeks from publication. The following is from Chapter 10, “Help.”

So What Do I Do About It?

A granddaughter posted to Facebook in all sincerity and with a good heart, a video which challenged an audience of white folks with this: If you would like to be treated like blacks in America are treated, please stand. Since no one stood, she reminded them that they obviously know […]

Racism came to the forefront last week due to the deaths of two black men and several police officers.As President Obama declared we need honest and peaceful dialogue to affect change.

A River Bend is patterned after the Gospel of John. Many of the characters are likened to characters in that Gospel. Samara Sychar, for example, is like the Samaritan woman. Josh Crockett has some similarities to Jesus Christ. In chapter four of A River Bend, Josh talks about worship with Samara […]

The following is an interview I did on a blog radio show, Recipe Records hosted by Lanea Stagg.  In it, I talk about my early experiences at writing, my life, my faith, my novel, A River Bend and my future plans. I hope you enjoy it as much as I enjoyed […]