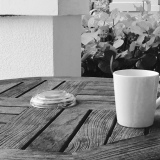 In the following video, I utilize some of the apps I’ve used in creating ads and social media posts. I also want to thank Online Tone Generator onlinetonegenerator.com for the voice generators used in the above video and two apps, GarageBand and HumOn which helped shape much of the music […]

This question is high among the questions I am often asked – What is your writing process? I like the question and would like to thank NaNoWriMo for the impetus for the core of my writing process. THE NANOWRIMO WAY … to sit down with an idea for a story […]

Meet Ivy and Rainsford The honeymoon couple who shipwrecked On Satan’s Island begin to pull apart when nightmares haunt them in my next novel, Attack of Darkness. 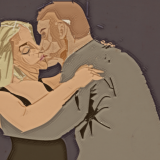 I haven’t posted much lately. There are several reasons why, but when I start to list them in my head, they sound like excuses. I mentioned in my last post that I finished a rough draft of my fourth novel. My practice is to put that aside for awhile before […]

November is NaNoWriMo, National Novel Writing Month. It is a time set aside for writers to take thirty days, set daily goals and write 50,000 words as a first draft of a novel. I am participating this year. The novel I am writing will connect the first two novels, A […]

I am mad about March Madness. In case you live under a rock or on Satan’s Island, March madness is a field of 64 NCAA Men’s Basketball teams competing in a must win tournament. Round 1 starts today, March 15, 2018. I watch as many games as I can and […]

As a member of the Southwestern Indiana Writers Guild, I was able to read from my latest work. Fifteen authors participated at the StaC Art Gallery in Evansville, Indiana, Tuesday, March 13. I have pieced together from snaps a tiny glimpse of my part where I read from Chapter 1 […]

On March 13th, as a new member of the local Writers’ Guild, I will be reading from my newest novel, On Satan’s Island. If  you live in the area, come join us. There will be several authors doing readings and the art gallery is a unique and special place to visit. […]

Do not fear. I haven’t been blogging lately because of the zombie apocalypse or anything as dramatic. I and my darling wife have been packing and moving. I have been Tweeting much lately, though. One of the tweets was answering a question about who would most likely survive the zombie […] 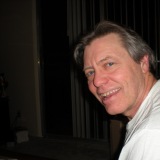 I would love to confess that my real passion is to encourage or entertain people with my writing. But how truthful is that?